Something that you will use quite often when programming are variables. They are a kind of container for different types of data. For each variable you need to specify the type of data it will contain, the name of the variable, and the value to assign to it.

Think of them as jars. Say that you have two jars; one for cookies and one for words – these would be like data types. You give each jar a name; cookieJar and jarOfWord. Then you decide what to put in each jar. In cookieJar you put a double chocolate chip cookie and in jarOfWord you put “ARDUINO”. Now each jar has a value. 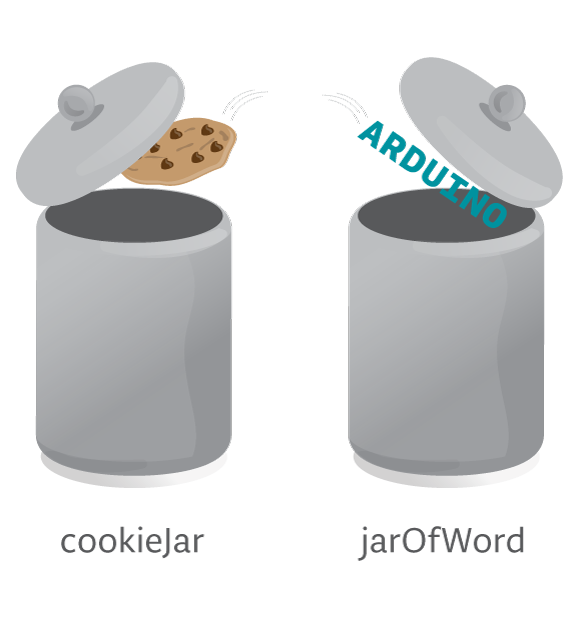 You can change the content of the jars, that would be the value, at any time. As long as it is of the same type. For example, you can replace the double chocolate chip with an oatmeal cookie and “ARDUINO” with “SPACE INVADER”.

The most common data types you will use are the following: 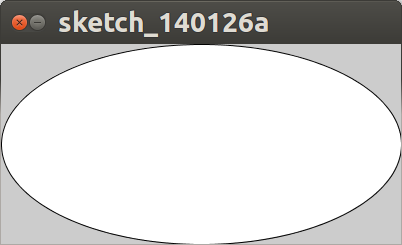 This program starts with setting the size of the window. Then it draws an ellipse in the middle of the program window. Because the diameters are equal to the width and height, the ellipse will always fill the whole window. Change the window size to see what happens.