Knock on this coffin to awake the dead. Don’t worry, the skeleton won’t get out and come after you but it will reply from inside.

Ok, we know that you know that there isn’t a real skeleton there. It’s really a piezo used as a knock sensor. After you’ve made this project you might think of a handy way to use this sensor in other ways. Check out this secret knock detecting lock for some inspiration. 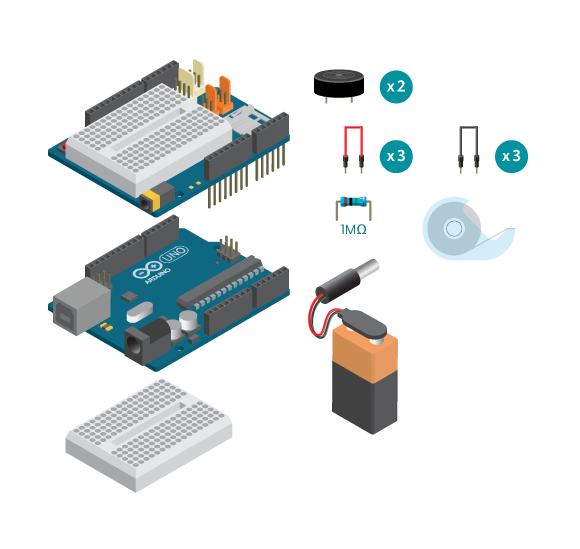 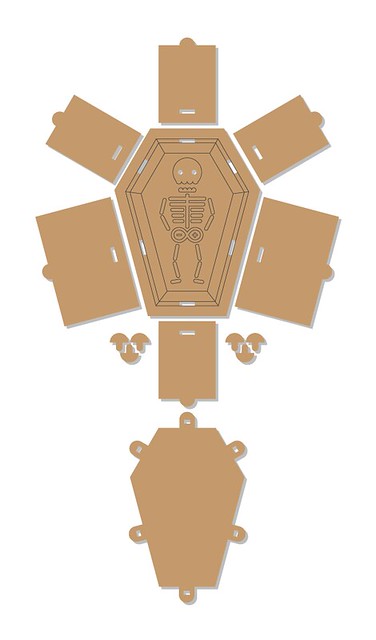 You can find the code in File -> Examples -> Castilla -> Magic -> KnockKnockBox

The first time you knock on the box, the recording begins. Each time the knock sensor is knocked, Arduino will record the time of this occurrence into an array. If you stop knocking for more than 2 seconds, it’ll be considered as end of recording. At this stage, the pattern of knocking will be played back through the piezo speaker.