Play a simplified version of the classic arcade game, Pong!

In this game, a “pong” will move across five LEDs (VU-meter) and bounce back and forth as players press the button. Players must press the button at the right time in order to return the pong. 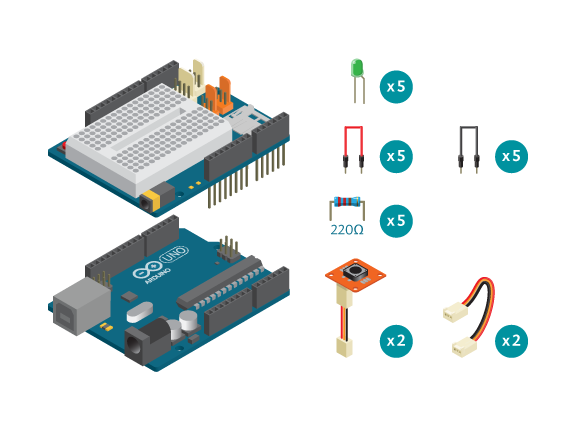 However, when a player fails to press the button in time, the program skips to gameOver() whereupon all the LEDs blink. It will immediately restart the game and the LEDs will scroll to the left.